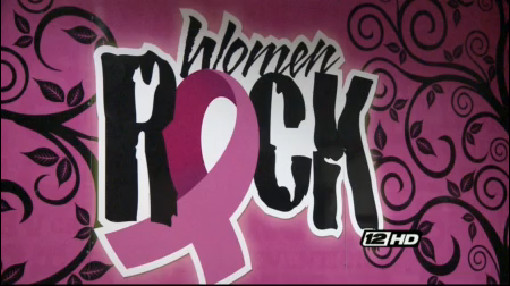 SHERMAN, Texas — A local non profit organization got a special visit this week from a popular TV show shown across the state of Texas. The Texas Country Reporter truck is a familiar sight across the state of Texas. The truck and the show’s producers were in Sherman on May 2 to highlight local nonprofit, Women Rock. The organization is a finalist in the “Texas Country Reporter’s” statewide competition and say winning could impact countless lives right here in Texoma. For six years, “Texas Country Reporter” has teamed up with Mueller Incorporated for the statewide Helping Hand contest. Each year, they sift through hundreds of entries from non profit organizations and the winner receives a brand new metal building This year of the more than 200 groups that entered, Women Rock was chosen as one of three finalists. “I was just so excited I started texting and calling our survivors and our board members, it’s pretty exciting, “LuAnn Daniel, the organization’s founder, said. Daniel has big plans for the building, if they win. “We would like to have a place where not only cancer survivors, but also their families can go for rest, retreat, even sometimes end of life to spend some quality time with their family, their friends” Daniel said. Daniel founded Women Rock five years ago.The non profit raises awareness of breast cancer, helps those battling the illness, and celebrates those who have survived, like Janis Fletcher. “We want to serve, that’s what Women Rock is about, serving, ” Fletcher, the organizations president, said. And their work caught the eye of “Texas Country Reporter.” Not only are they a finalist in the contest they’ll be featured on an upcoming episode of the show. But the most gratifying thing for these women is the possibility of helping even more people. “If there was something like this when I was going through this, it would’ve been wonderful, a quiet place to get away,” Fletcher said. The retreat is a dream that one member didn’t have the chance to see. One of the most active members, Mary Stiles, recently passed away after a long battle with breast cancer. Fletcher hopes the next time one of their own is fighting they have a place to be with the ones they love “If the retreat had been built, hospice would’ve come there and we could’ve been around her. Instead she had to go to a nursing home,” she said. Women Rock will find out if they’ve won the new building by July 1st and will be featured as a finalist on Texas Country Reporter in September. You can catch the show on KXII’s MyNet every Saturday at 5:30 p.m.
Share