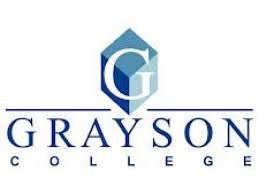 DENISON, TX — A breast cancer awareness rally was held at Grayson College Tuesday. All the fun for a good cause has inspired a local woman to create her own awareness campaign. This summer it seemed like you couldn’t escape seeing the ALS Ice Bucket Challenge. After it raised over a hundred million dollars for the illness, one local woman is challenging the community with something new. Breast cancer is a disease that will directly impact one out of eight women in their lifetime. One of those women was Rebecca Ramirez’s grandmother. “She was really close to me,” said Ramirez, “she raised me most of my life. The breast cancer actually spread up her spine to her brain. She passed away December 23, 2006.” Like the infamous ALS Ice Bucket Challenges this summer, Ramirez has launched her own campaign. Burn an old bra, or donate money to the cause. “It’s just a fun way to get people into and be aware of it,” she said. A student at Grayson College, Ramirez came out Tuesday to support the fourth annual ‘Just Doo it’ campaign on campus, raising money for a local organization named ‘Women Rock’. “They’re a local nonprofit organization,” said Kay Dishner, Writing Center Coordinator at the college. “That makes it possible for women in our area to get breast screening if they cannot afford or if they have no insurance.” “It’s important for women to get their screening mammograms said Luann Daniel, the ‘Women Rock’ founder, “because early detection means more cures, more survivors. And there’s still a lot of women out there who don’t know what a screening mammogram can do for them.” Bringing a large crowd, all having fun for a serious cause. Event coordinators say what makes this day special is how every penny raised stays local. “It’s always good to keep what’s raised locally,” said Daniel, “if they see it helping their friends, their neighbors and their coworkers. And honestly this generation is going to be a big key to advancements in cancer treatment and cancer cure.” A huge part of this generation is social media and Ramirez says she’s using it to challenge people beyond Texoma. “I’ve actually personally challenged Ellen DeGeneres,” she said. “For her to put it on the Ellen Show. Hopefully she sees it!” Ramirez has posted her video to YouTube and her Facebook. She encourages everyone in the community to start the challenge and donate money here or here.